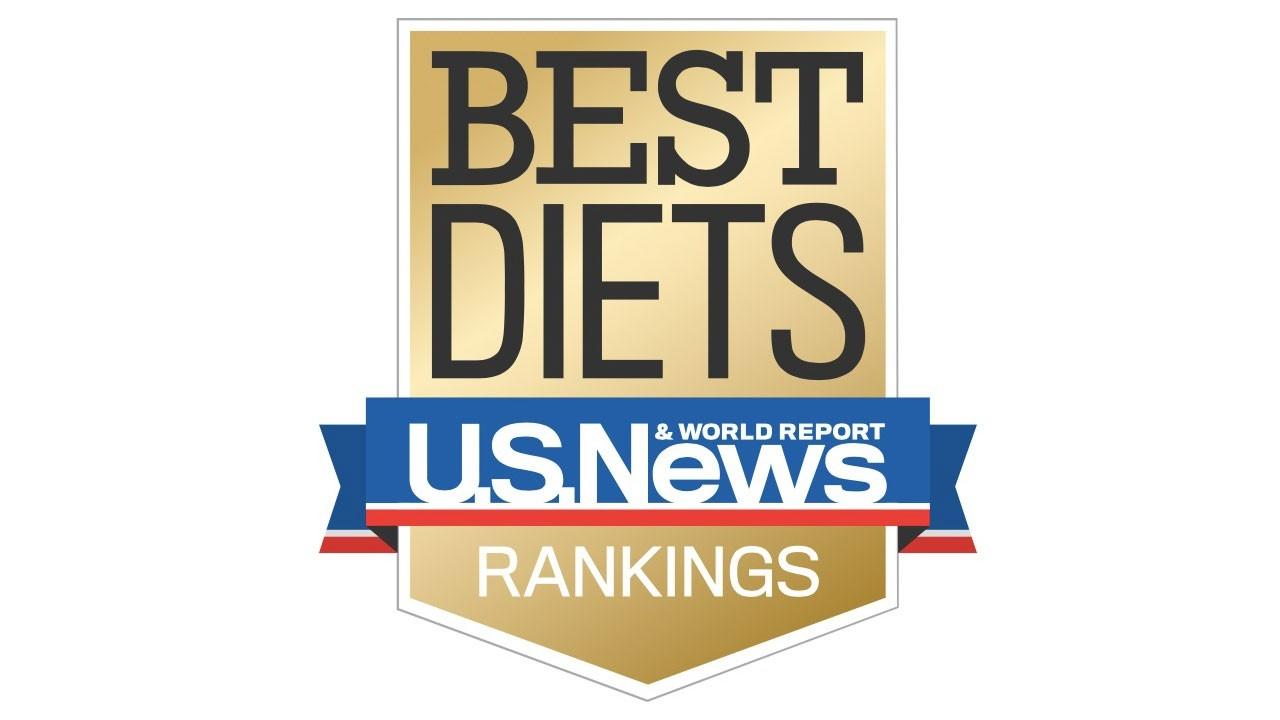 US News and World Report recently released their list of the best diets for 2018 and at first, I was surprised that the "Keto diet" was ranked dead last considering how much better I feel after eating this way for almost 3 years now.

But then the more I thought about it... I guess I'm not really surprised.

These rankings are based on the current dietary guidelines which the US adopted in 1977.

Since the low-fat movement was recommended by the US government, obesity and Type 2 diabetes rates have been steadily on the rise.

Here's how the ranked the Keto diet based on their criteria, then I share my response below in italics:

They claim keto is minimally effective in preventing or controlling diabetes.

Several people who have taken my 100 Day Keto challenge have actually reversed their Type 2 diabetes diagnosis and have been able to come off of their medication (with their doctors blessing).

They claim "following this eating plan long term is the most difficult aspect of this diet regime".

While I will admit it can be difficult for the first few weeks as your body gets used to using fat for fuel instead of glucose, I have found that it's incredibly easy to stick to once you are fat adapted. I eat delicious fatty foods that are terribly satisfying and it helps you regulate your hunger hormones and eliminates cravings for sugar and carbs. (In the end, your hormones will always win in the battle versus your willpower).

The "experts" say giving up fruits and grains is "the opposite of what we want for diabetes and heart disease prevention”.

I can't decide if these "experts" are ignorant, or if they are simply lying?

Many people, especially those in the medical community, are still stuck on the old lipid hypothesis which falsely believes that saturated fat leads to high cholesterol which leads to heart disease.

There's only one small problem with that theory...

It's NEVER been proven (ever) and all the latest research shows the exact opposite.

Heart disease is caused by inflammation and oxidation... not saturated fat and cholesterol.

Any guess on which foods cause inflammation and oxidation? Sugar and grains. Go figure!

“Long term” in diet research generally means at least two years. Experts said there was insufficient evidence indicating that the diet can help people keep pounds off for the long haul.

I concede there isn't much evidence of long term weight loss as there aren't a ton of long term studies about the Keto diet, but I can speak from personal experience that I have lost 100 pounds and have effortlessly maintained my weight for over a year.

It's important to note that I don't think of Keto as a diet. For me, it's a lifestyle. I am certain if I stopped eating Keto and went back to the Standard American Diet I would gain back most, if not all of the weigh I have lost within a year or so.

Keto actually ranked #1 in this category, but one "expert' cautioned that just because it works, doesn't mean it's a good idea.

I really want to know who those so called experts are? I lost 9 pounds the first week I cut out carbs. I know most of that was water weight, but it was still very motivational and kept me going. 3 months later I was down 50 pounds. After a year, I was down 70 pounds and kept it off for a couple of years. (I wasn't following a Keto diet at this time, just a low carb diet). Slowly as my old eating habits crept back in, the weight started to return. At one point I have gained back half of the weight I had lost.

That's when I switched to a Keto diet, where I promptly lost the 35 pounds I had gained back, then another 30 for a total of 100 pounds lost.

I love what I get to eat on Keto so I will never be going back to my old eating habits.

"Coming in last in the nutrition category, this diet was rated "extremely incomplete." Several experts had particular concerns about the diet’s high saturated fat content. “Any diet that recommends snacking on bacon can't be taken seriously as a health-promoting way to eat,”

Once again, saturated fat is nothing to be concerned with. Grass fed meat and organic vegetables give my body all the nutrients it needs, where as if you go vegan, you'll need to take a B12 supplement because you can only get that essential vitamin from meat and eggs.

"The Keto diet ranked dead last in the safety category. The diet’s high fat content was a worry for several experts. “This plan could be dangerous for some,” one expert said. Another cautioned those with severe diabetes, kidney disease and heart disease against following this diet."

Look, I am not a doctor, nutritionist or any other kind of health care professional, but I can tell you that since eating a ketogenic diet, my glucose levels are down, I no longer have high blood pressure, my HDL cholesterol is up and my triglycerides are down, I've lost a ton of visceral fat and I've never felt better in my entire life.

I started eating this way because I wanted to lose weight. I continue to eat this way because of the amazing healthy benefits this way of eating provides... not to mention the abundant energy I experience on a daily basis. I believe fat is a better fuel source for the human body than glucose and it doesn't matter if it is from fat you eat, or stored fat you burn for energy.

While it was rated highest for short term weight loss, it ranked last or near last in every other category.

My overall rating of the keto diet... for me it has been life changing and I love helping others adopt this way of eating to improve the quality of their lives.

Here's a quote from a recently LA Times article about this years rankings:

"In the midst of a worldwide obesity and diabetes crisis, we don't need more input from experts who aren't paying attention to the latest science or who can't break free from 50 years of conventional thinking about healthy eating. Promoting the same dietary advice over and over again while expecting different results is indeed a kind of insanity, and worse, is doing nothing to combat rising disease and death rates. Consumers need solid information about how to eat for good health. The U.S. News "best diets" issue doesn't measure up."

If you think the app sucks, simply delete it and unsubscribe from my emails and I swear you'll never hear from me again. You have nothing to lose except unwanted body fat.

If you think my app sucks, simply delete it and unsubscribe from my emails and I swear you'll never hear from me again. You have nothing to lose except unwanted body fat.

If you think my app sucks, simply delete it and unsubscribe from my emails and I swear you'll never hear from me again. You have nothing to lose except unwanted body fat.